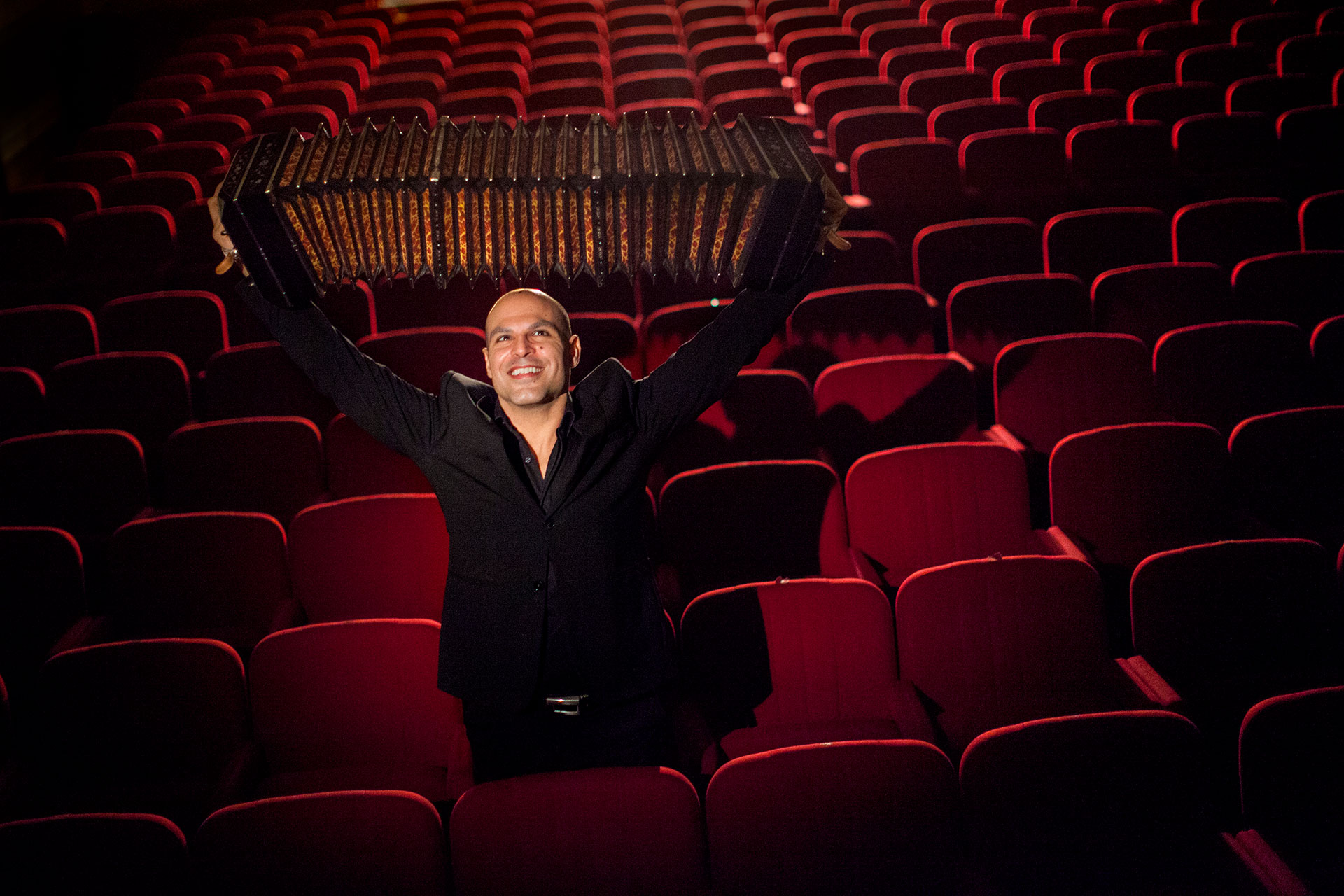 Fabio Furia, a world-class concert performer, composer and arranger, is considered to be one of the most important bandoneonists in Europe.

Thanks to his intense concert activity, he performed in the most important concert halls the world over, including Parco della Musica di Roma, Dvorak Hall of Rudolfinum in Prague, Auditorium Giovanni Arvedi di Cremona, Bozar Theatre in Brussels, Cagliari’s Opera House, the Onassis Cultural Center in Athens, and the Großer Saal in Klagenfürt.

He started studying piano and classical accordion at the age of 7, first as self-taught and then under the guidance of teacher Eliana Zajec in Trieste. However he owes a large part of his musical formation to Prof. Corrado Rojac, who for some years in adolescence, gives him instrumental lessons, harmony and counterpoint. Subsequently, at the age of 16, he studied clarinet at the Conservatory of Cagliari. He then graduated with honours in only four years, under the guidance of Maestro Roberto Gander.

He studied further with some of the best clarinetists in the world, including Antony Pay, Alessandro Carbonare, and Wenzel Fuchs.

In parallel with the clarinet’s concert career, he undertook the study bandoneon then he decided to study with the best bandoneon teachers as Juan José Mosalini and graduating brilliantly at the Conservatory of Paris Gennevilliers, under the guidance of Juanjo Mosalini.

He is the founder and artistic director of the “Anton Stadler” Cultural Association and the “ContraMilonga” Association, as well as the creator of important musical reviews such as: the “International Chamber Music Festival”, established in 1998, “ARTango & Jazz Festival”, the ” Bandoneon International Masterclass ”, an event capable of attracting young musicians from all over the world,“ Liberavento ”an important literary festival of which he is the artistic director for the part of the musical events.

He also teaches and organizes both instrument and ensemble music classes and masterclasses for public and private institutions.

He founded the Italian Bandoneon Academy with which he organizes masterclasses and concerts with the most important soloists in the world.

Since 2014, until 2018 he teached Bandoneon at the conservatory “P. Da Palestrina” of Cagliari, first bandoneon course in Italy. Thanks to this experience, in June 2018, the MIUR has approved the three-year degree course in Bandoneon which has now become a point of reference for the teaching of the bandoneon, attracting some of the most talented young bandoneonists from all over the world.

He collaborates with the Bandoneon class of Prof. Yvonne Hahn of the Conservatory of Avignon and with CODARTS University in Rotterdam, with whom he has activated a didactic project that has alternate offices in the three conservatories of Cagliari, Avignon and Rotterdam.

He plays a bandoneon 142 from the German factory Alfred Arnold Bandonion and Concertinafabrik Klingenthal, of which he is a collaborator and endorser. He also owns and plays two beautiful historical bandoneon Alfred Arnold “complete nacarado” of 1937 and a “Negro Liso” of 1938 they are of the very few exemplary preserved in perfect condition and totally original. 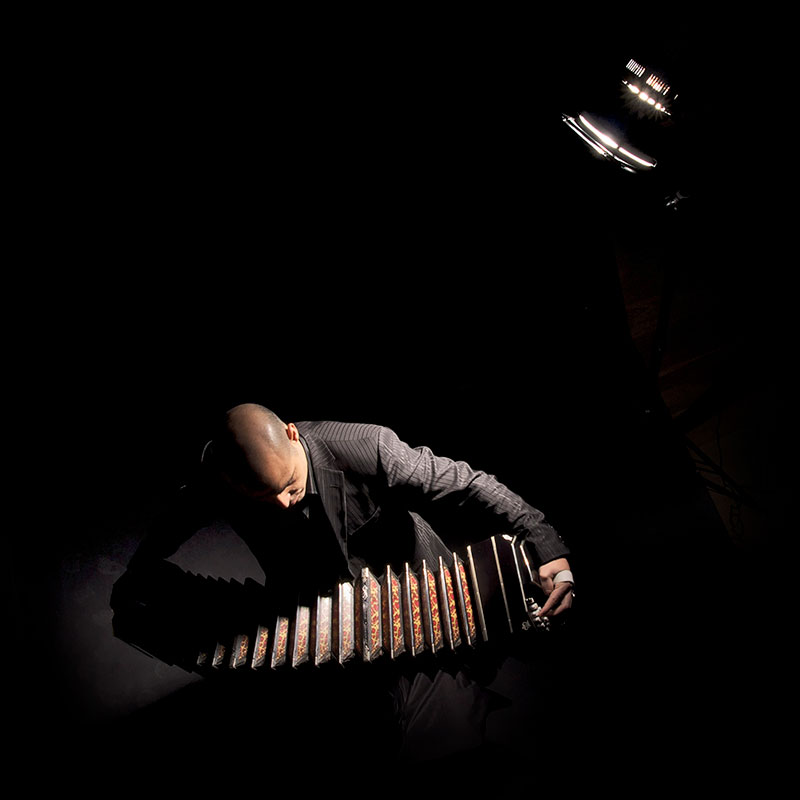 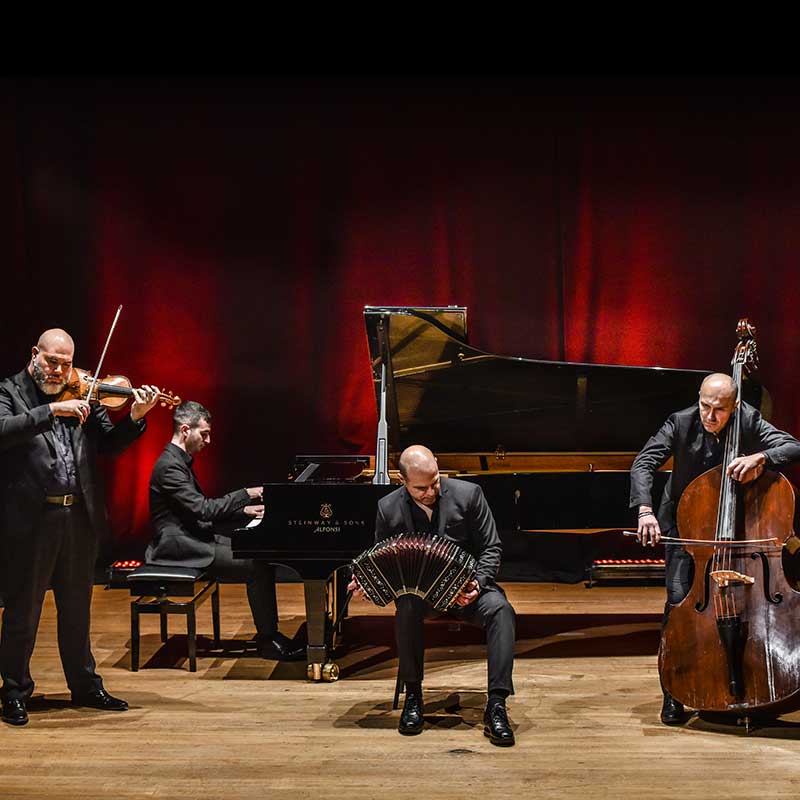 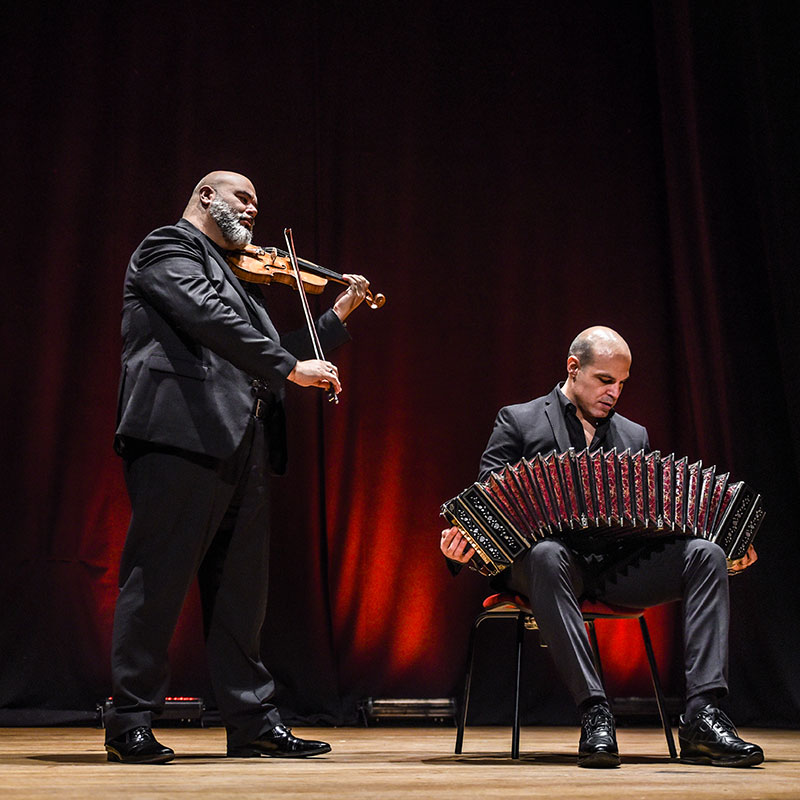 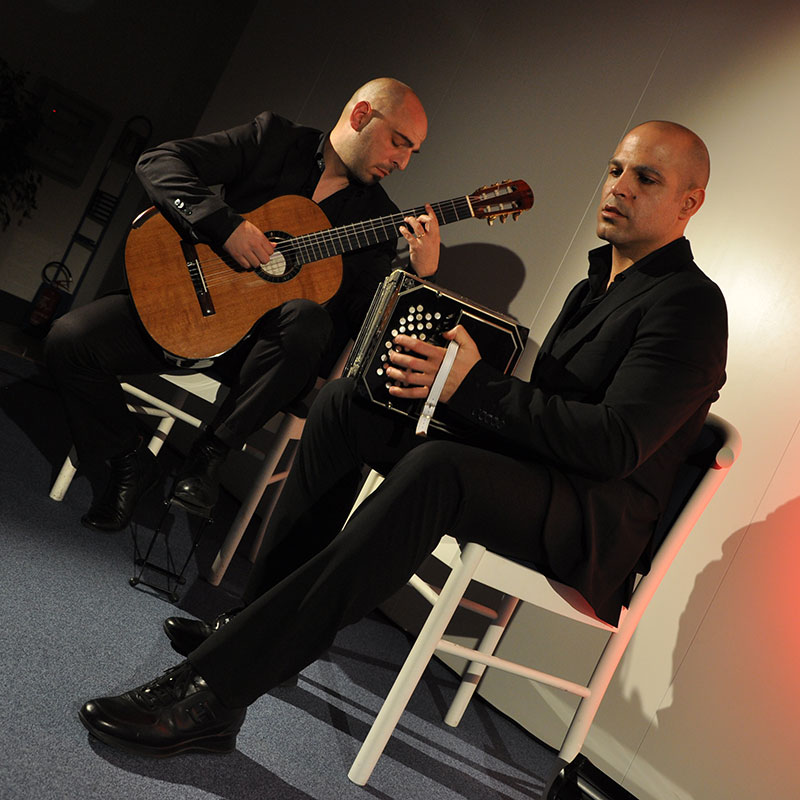 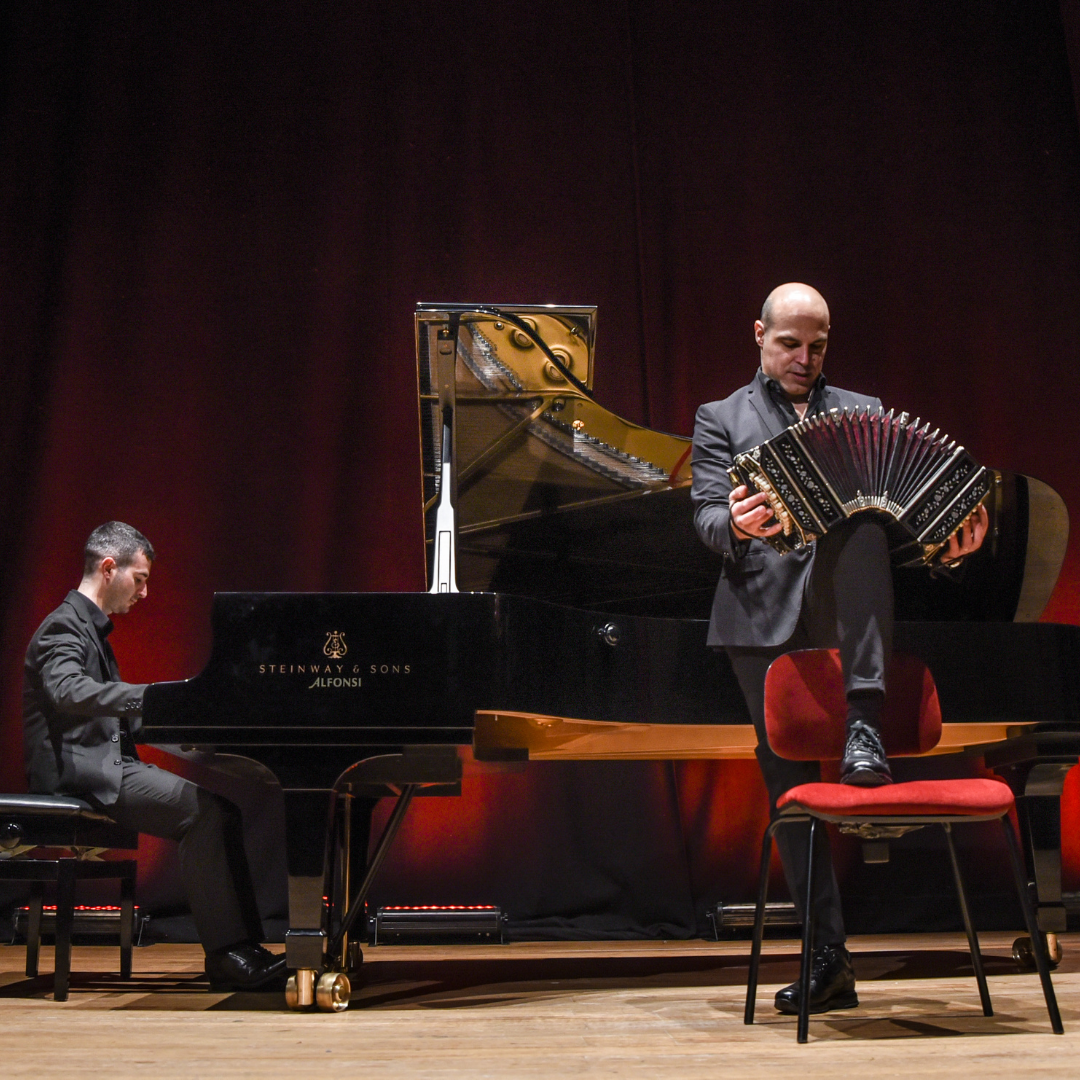 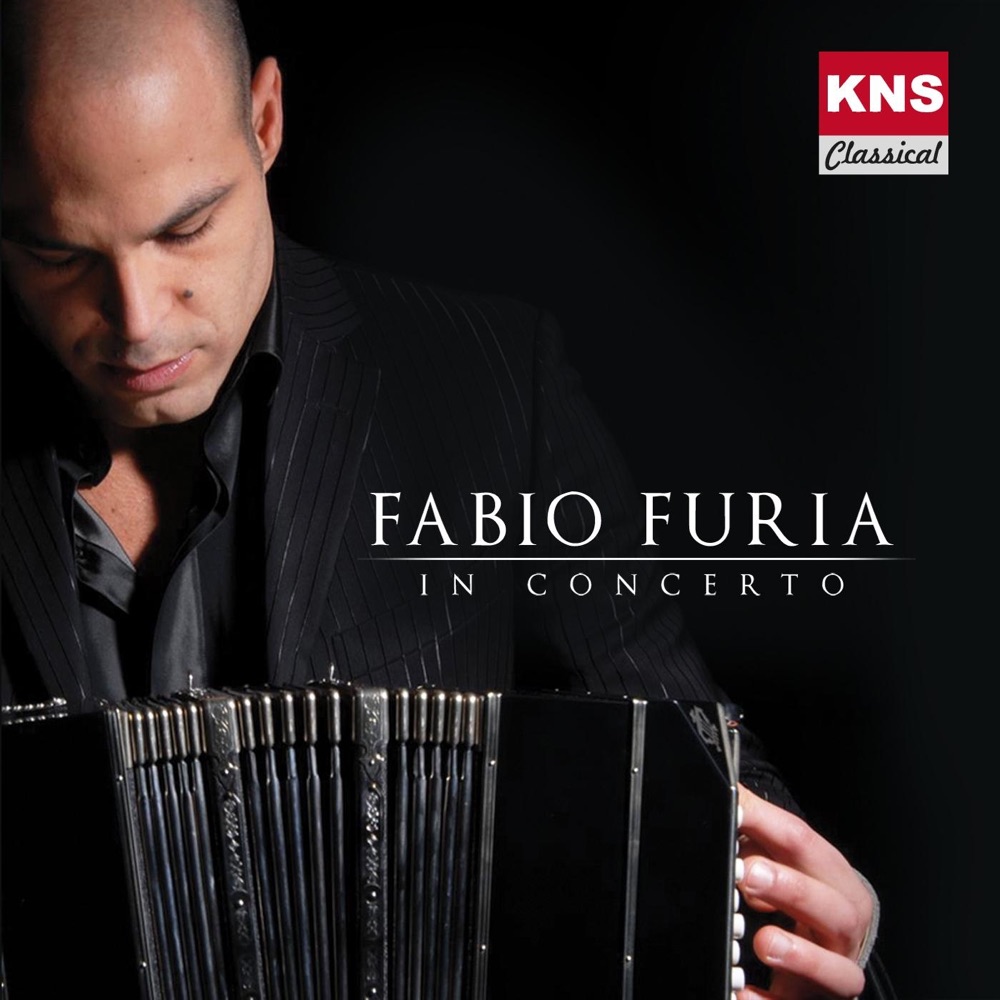 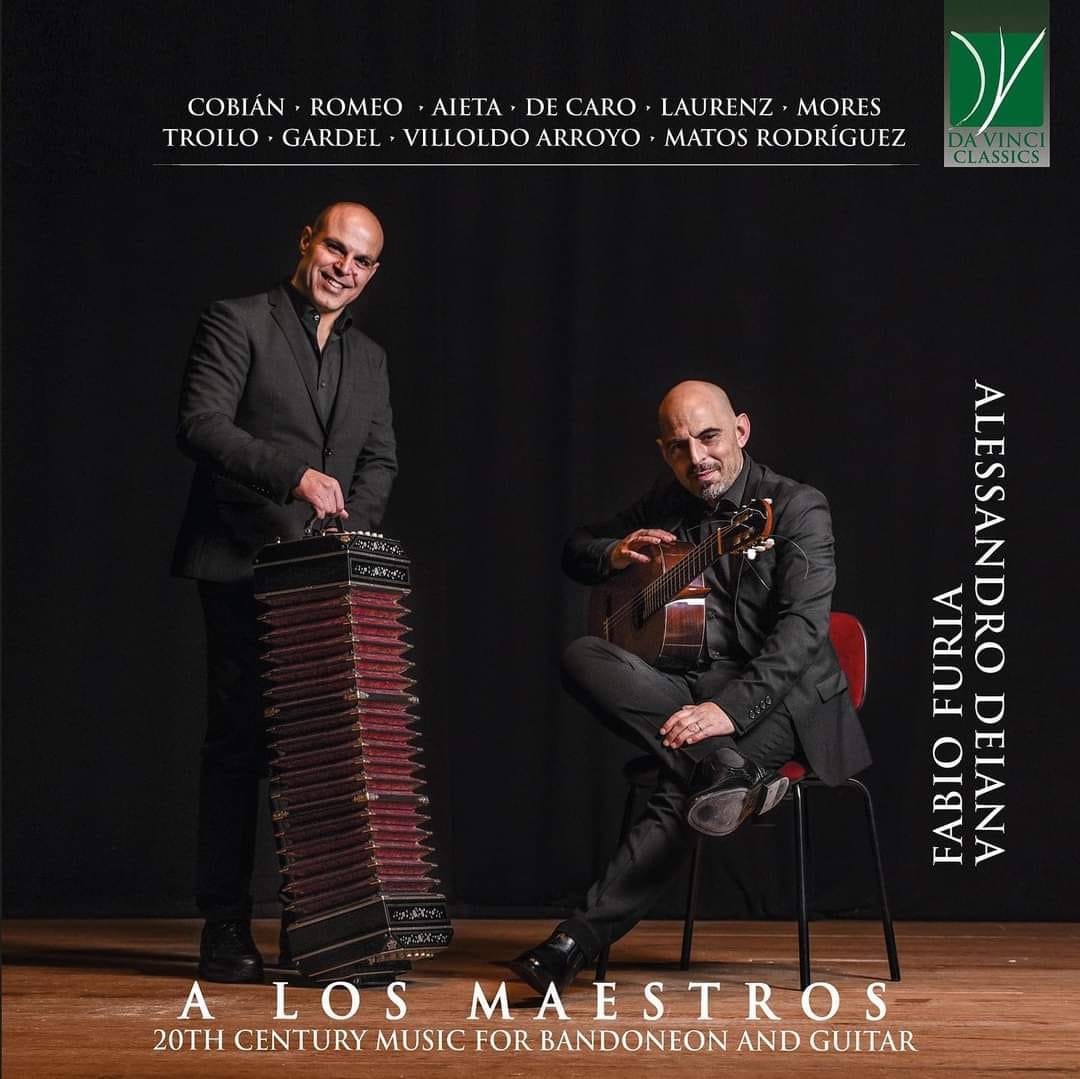