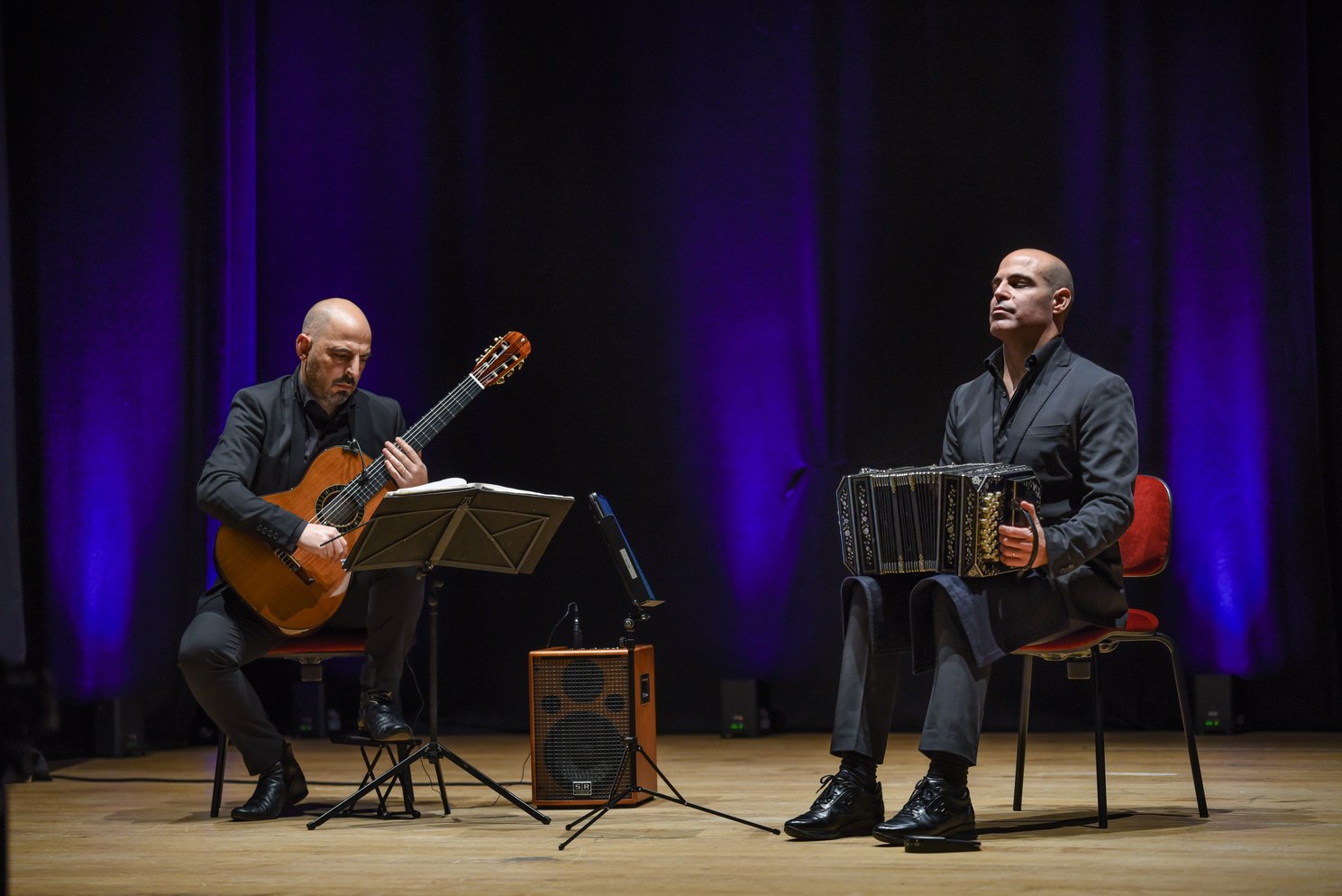 On Friday 4th and Sunday 6 June 2021, the Furia-Deiana Duo will perform with the program A los maestros – title of the CD of the same name just published and published by the record company Da Vinci Publishing – respectively on the occasion of the Traetta Opera Festival in Bitonto (BA) , at the Teatro Comunale Tommaso Traetta, at 8.30 pm and at the EnoArmonie Festival in Farra D’Isonzo (GO), at the Tenuta Borgo Conventi at 6.00 pm.

A versatile and fascinating formation that combines the passionate sound of Fabio Furia’s bandoneon with the virtuosity of Alessandro Deiana’s guitar. In “A los maestros”, all the songs focus on the style and arrangements of two historical “Duos”: Osvaldo Montes and Anibal Arias and Julio Panewith Juanjo Dominguez. It is a deeply romantic, nostalgic, refined andengaging repertoire that is reinterpreted and combined with the personal musical taste of the two artists. A path that marks the evolution of this beloved musical genre, starting from the traditional one, up to the avant-garde and its highest nobility. Many of the pieces presented here, starting from a strong popular connotation, have crossed the boundaries of tango, landing in the most prestigious concert halls in the performance of the most important interpreters of classical, opera and jazz music.